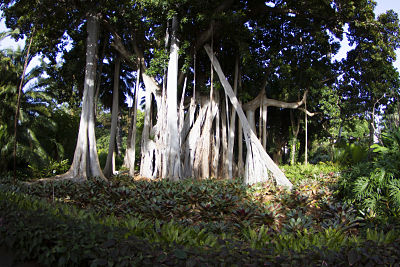 The Garden of Acclimatization of La Orotava is created by Royal Order of King Carlos III of August 17th, 1788, as a result of the need to grow species from the tropics in a place in the Spanish territory. The efforts made by D. Alonso de Nava and Grimón, were important both for the decisions related to their creation and for the consolidation and development of the Garden in its first stage.

In the year 1790 the project and justifying memory are written, the works are started following the plans of the lagoon architect Nicolás Eduardo, and it is in 1792 when the new plantations begin.